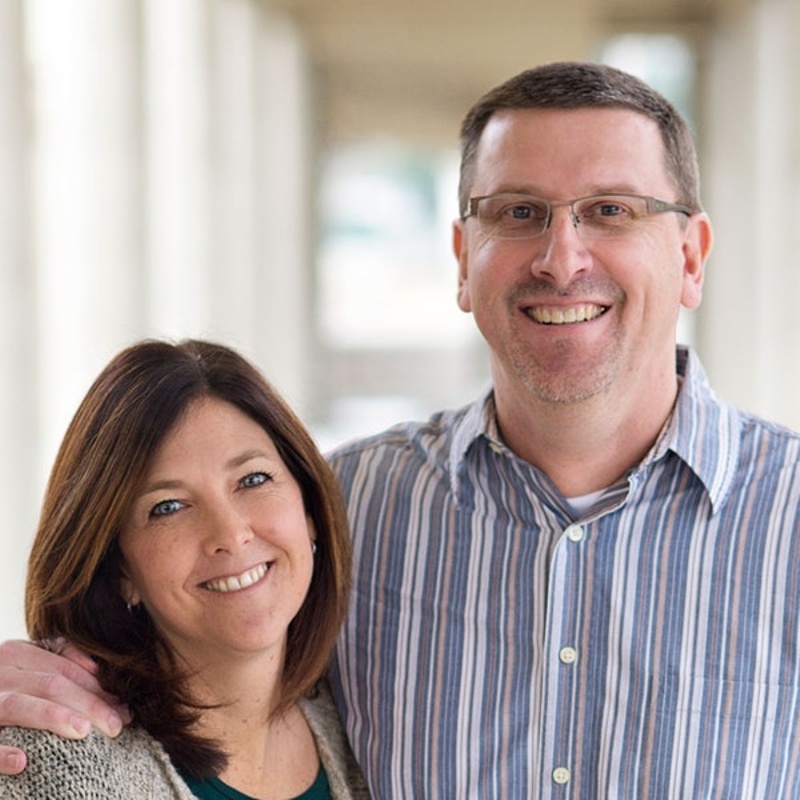 Rob was born here in Olympia and graduated from Tumwater High School. Athletics led him to college where he met his wife, Debbie. Rob graduated from Pacific University and entered the business world before coming to faith in Jesus. After a few years, the Warners left their small business and left Olympia to help plant Puyallup Foursquare Church. Rob served as the Associate Pastor for Roger Archer for 6 years.

In 2004, Rob and Debbie left Puyallup and returned to the Olympia area to plant South Sound Foursquare. The Warners have four kids who all graduated from Tumwater. Amanda is married to Nate. Kyle is married to Carinne. Josiah is married to Kaylee, and Sarah is married to Dakota. Rob volunteers as a Chaplain for the Tumwater Police Department and the Local Fire Departments and coaches baseball at Tumwater High School. He also serves on the Board of Directors for a few local Non-profits. 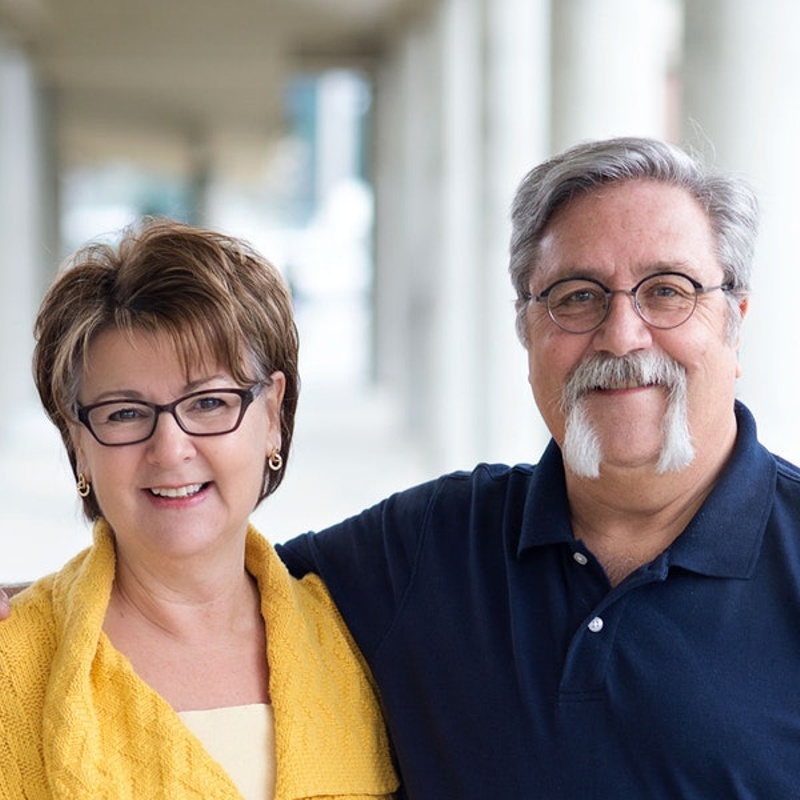 Brad was born in Barre, Vermont and raised in Manchester, New Hampshire. He spent his first 35 years being in the world and of the world. In the spring of 1985 he accepted Jesus as his Savior and his Lord. He started serving in a non-denominational church in Boynton Beach, Florida. He married in 1987 and in 1990 his son was born. In 1997 he moved his family to Puyallup, WA. In 2002 his wife went home to be with Jesus. Brad continued to serve the local church at Puyallup Foursquare and then was asked to join Pastor Rob in planting a church in Tumwater, WA.

Brad retired from his career in 2008 and received his Foursquare Ministerial License and has served as Administrative Pastor ever since. Brad re-married in 2008 to Deborah and became stepdad to two awesome young women. Brad is currently Chaplain of the Olympia Light Riders chapter of the Christian Motorcyclists Association and rides his motorcycle whenever he can. 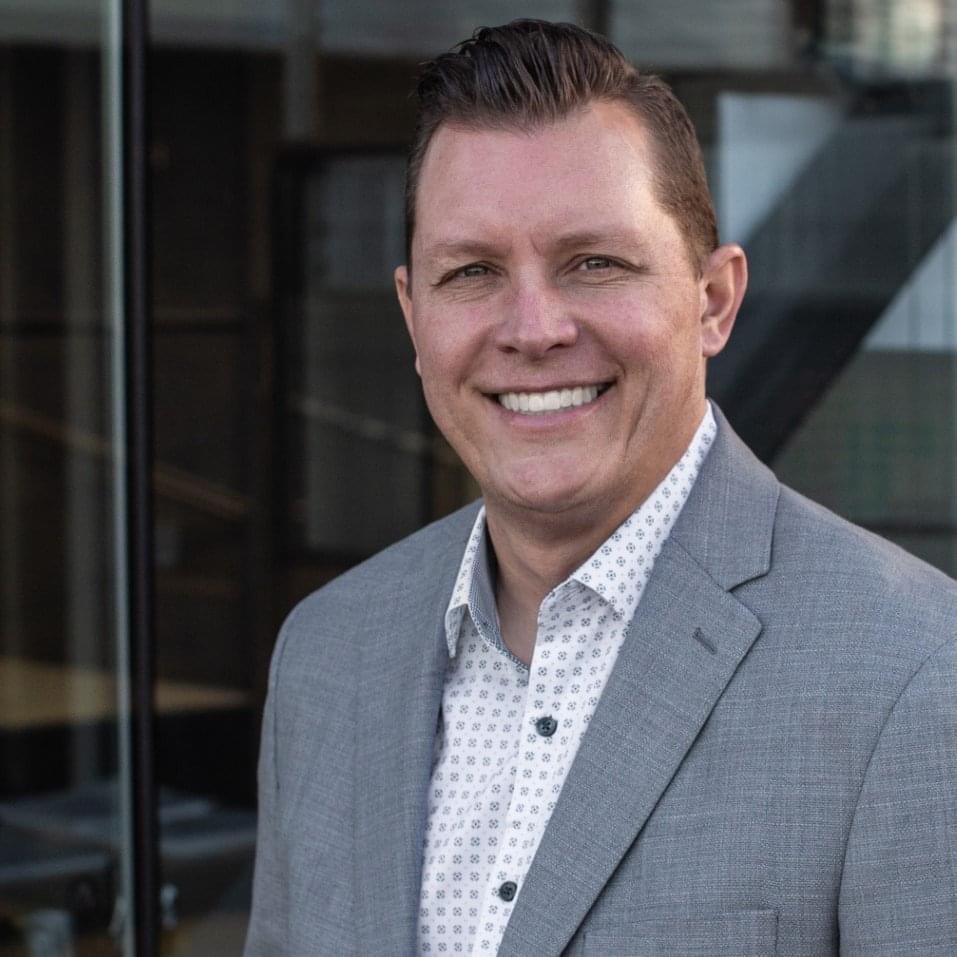 Billy was born in Burien, raised in Federal Way, and graduated from Federal Way High School.

As a freshman at the University of Oregon, Billy decided to walk on the football team. Shortly after, following a Bible study with other team members, he gave his life to Jesus. With a new heart for the Lord, Billy left the U of O and went into YWAM and eventually became the youth pastor at Northwest Foursquare Church. After 7.5 years he was sent out to plant a new church in Tacoma. He pastored that church for 18 years. Then in 2019 Billy passed the torch to a new young pastor (his wife had been in Billy’s youth group years before.) After a phone call with Pastor Rob, Billy felt led to become the youth pastor at South Sound Foursquare. 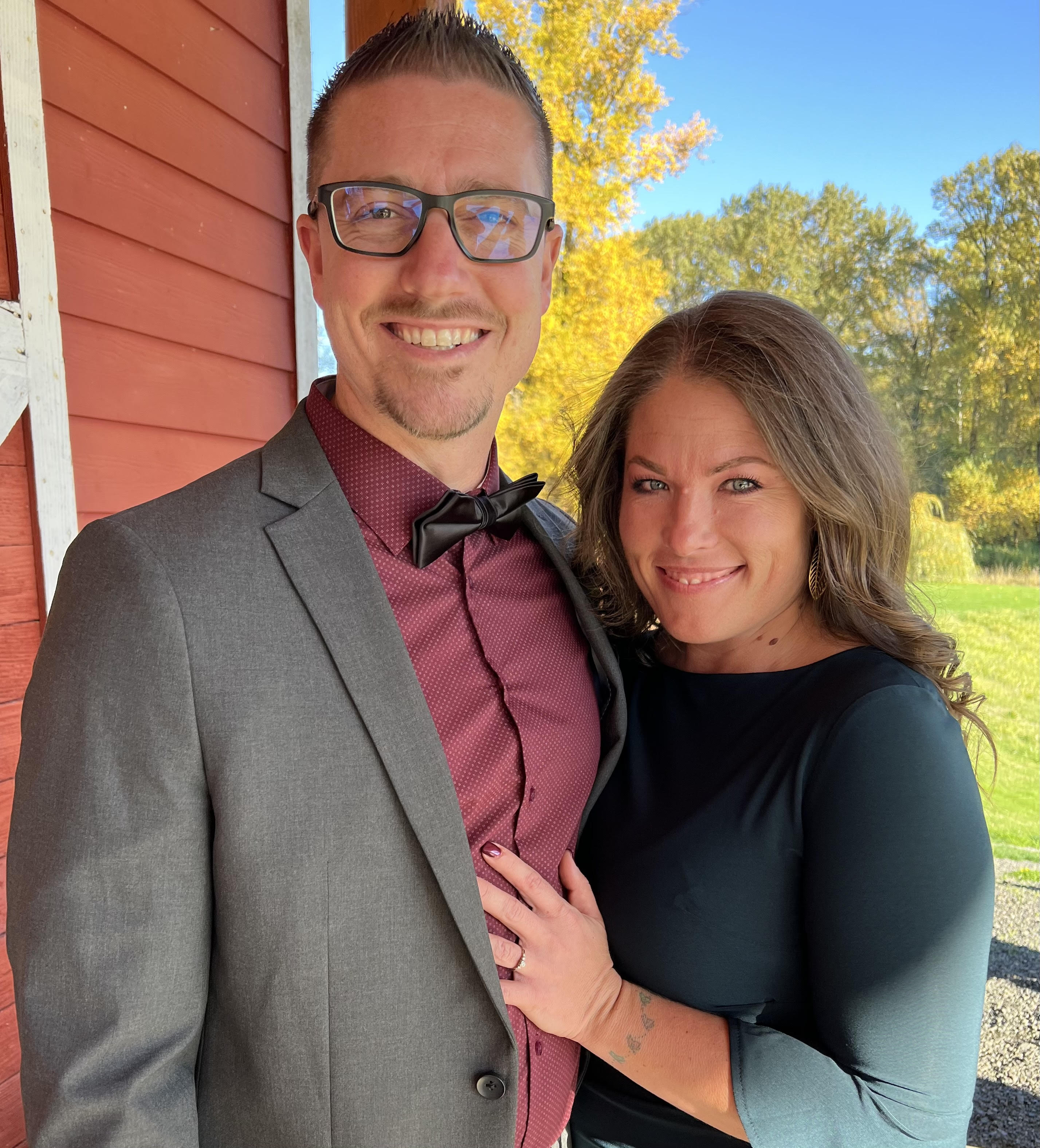 Jeremy was born in Centralia, WA and graduated from Tenino High School in 2001. Jeremy entered the business world and battled addiction before he had an encounter with Jesus in 2008. He continued to live of the world and was married to Erin in 2009. Jeremy came to faith in Jesus at South Sound Foursquare Church in 2012. Jeremy is passionate about encouraging men to further develop their relationship with the Lord, and has been doing so through Men’s Ministry since 2017. Jeremy and Erin have raised two kids, both Tumwater High School Graduates. Jeremy enjoys spending much of his time outdoors.

Erin was born in Eugene, OR and graduated from Black Hills High School in 1999. She was married in 2000 and had two children with in the first few years of her marriage. In 2005 she and her first husband were divorced. In 2005 she met Jeremy and they were married In 2009. Erin battled addiction for many years. Her journey through recovery has developed a deep desire to encourage others facing the same battle. Because Jeremy and Erin have experienced life with and with out Jesus at the center, they are passionate about encouraging other couples to invite the Lord Into their marriage, as well. Erin is actively involved with many programs in the community. She enjoys creating fellowship opportunities and spending time with her family. 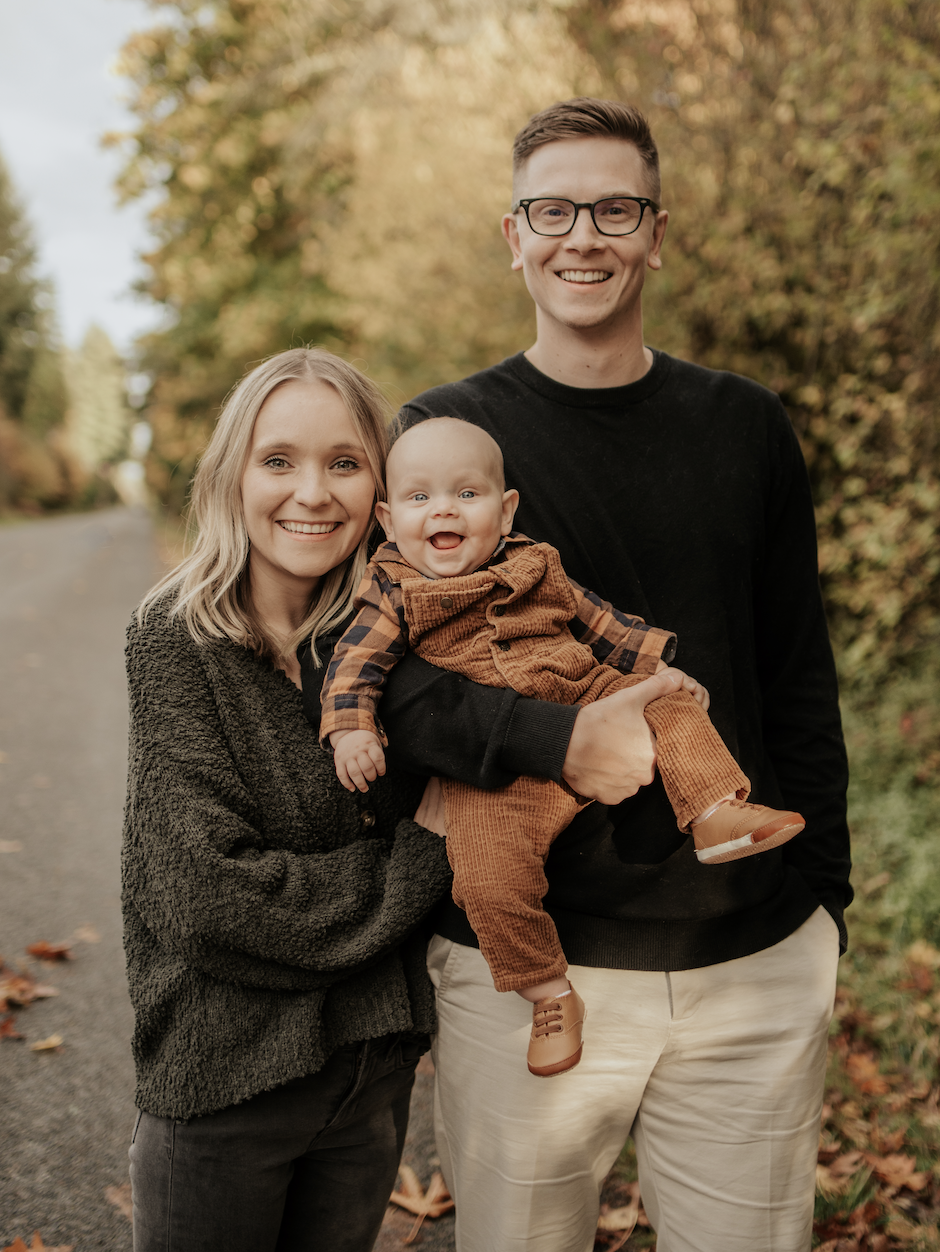 Kaylee was born in Olympia, WA and graduated from Tumwater High School in 2012. She interned at South Sound Foursquare for two years before attending SPSCC and eventually graduated from Azusa Pacific University in 2018. In 2018, she also married her husband, Josiah. They now have a son named Cash who was born in April 2021. Josiah teaches high school math at W.F. West and Kaylee serves as the Children’s Director. They both are excited about building a family and enjoy spending time with their family and son. 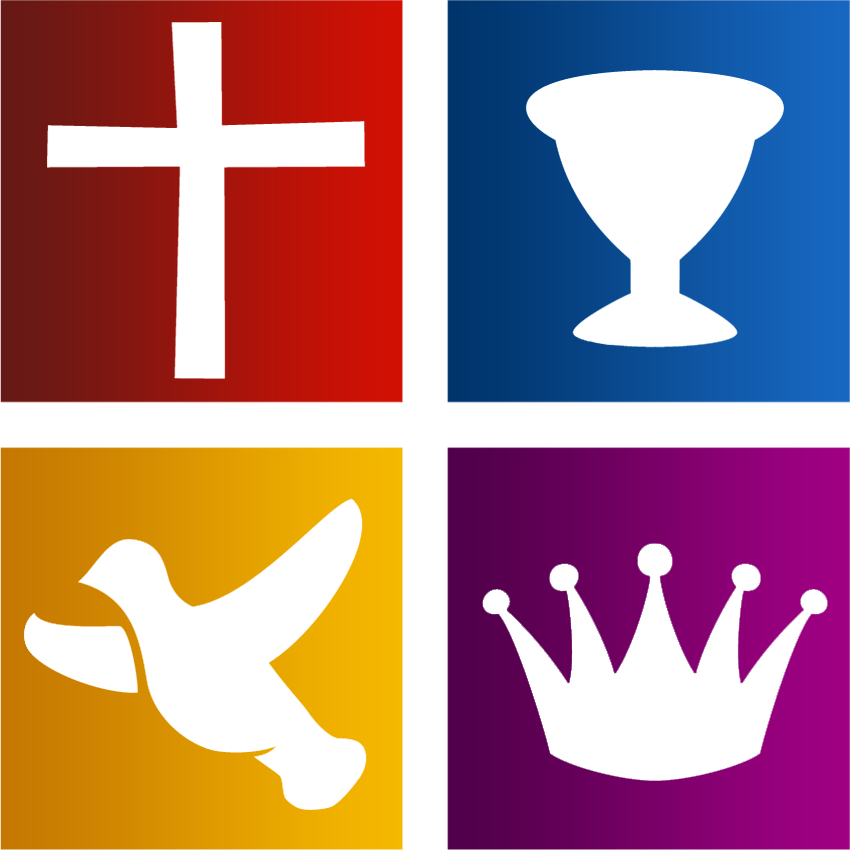 We are a Foursquare church.

While our approach is adaptable, our message is sacred. Jesus is the same yesterday, today and forever. His gospel never changes; its goodness never diminishes. We may go many places. We may not all look the same. But our message stays true to God’s Word.